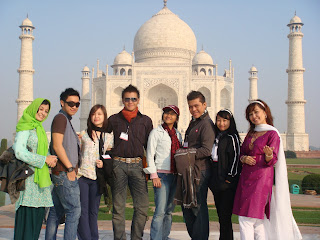 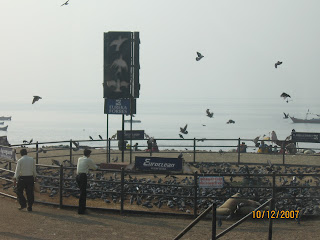 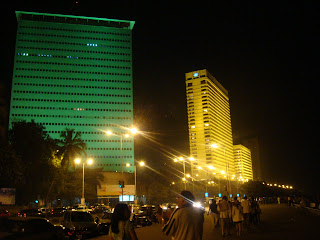 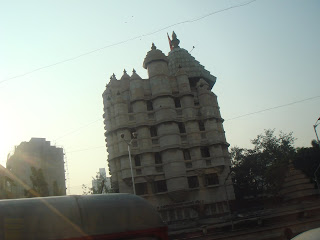 First time reading Indian’s slogan, “Incredible India”, in a tick a doubt question was crossing my mind, “Incredible?” There is so much great thing in India that Indonesian and ASEAN people do not know so that we always question how Incredible India is and why India.

ASEAN-India: 100 ASEAN Students Visit to is the right means for opening ASEAN people’s eyes in order put the amazement instead of the hesitation. Spending the end of 2007 in , finding out directly, and intimating all Indian’s Incredible, greatly revolutionize all our doubt question former becomes amazing shout, “ is truly incredible!”

Every time finding shouted, there are three main things associated directly in Indonesian people’s mind. First, certainly the Dramatic Bollywood with its dynamic colossal dance. Then, the well-known eternal love monument in , Taj Mahal. Last, the bad identifying about with overpopulation, poverty, slump areas, unfriendly weather, even the overdue in politic, economy, and social field.

is Bollywood and Bollywood is , as the first Indian is associated, with its enthusiastic response for beaten dancing and superstar idols from its all movies, makes have a special space in Indonesian’s heart.

In following point, relating India with the monumental Taj Mahal, India still has the positive image although is not only Taj Mahal that India has as its top tourism central. There are many historical Indian’s monuments which still announcing the Indian’s gold centuries from their grandeur ornament.

However, that two positive identifying predisposed sank if the Indian’s problems addressed. Over population, poverty, and slump areas, these always cover the positive sides and cancel the willingness to explore . In addition, after that bad stereotype addressed, another imagination appear for worsening. is recognized as the past due in politic, economy, and technology, whereas in fact, is not true. is strong in economic, compared with another country or another country in the world. In political field, with the caste in its society, has the ability to be the world’s largest democracy. Even in technology, is the pioneer in the information technology exchange.

If just the antonym is seen, certainly it is difficult for India to keep attracting world’s people to come to India, additionally if just the Bollywood and Taj Mahal, can accessed to the world, come as positive images from India.

The first visited city was Mumbai. The first portrait in my sight was the story of the slump and the skyscraper which harmoniously standing nearby. It is a classical view in many countries, actually. However, behind its classical view, there was other view that attracting me, the Indian’s family groups that spent their late afternoon by playing cricket or just walking around. Then the peaceful background in the form of safe birds flown and descended upon land dramatized that view, made it more touching. A view that seldom met in other places.

Besides its strong economic that reflected with three Indian big companies’ profile, Tata, Godraj, and also shines its bright with its beautiful British architecture. Mumbai is greatly eternal portrait which taping from the British colonialism to the victorious and presenting it as the history that live closely with the contemporary Indian’s life.

The next destination was . The modern grandeur and the classic grandeur still decorate this part. It was interesting for knowing that has many historical sites in fact is the capital city.

and Jaipur, these two last cities we have visited, showing us the great empires in by their great temples and palaces. Exploring these two cities was like exploring the world in fable frame. Big palaces, great forts, lovable king, bloody coups, which always I thought as just the tale, simply came to my vision as the reality that had existed even just in few centuries ago.

Two things are actually contrast but simply run harmony and support each other in . Countrified with office block, economics activity with familiarity activity, modern architecture classically, center modern workload with center stripper culture, and even traditional clothes that still worn by its people although the modern one has accessed the market.

Beside I reflect its contiguous as a Indian people’s profile that can respect the difference, it is possible to say that its contiguously contrast has grown on in heart as philosophic of epoch-to-epoch, I think. I saw two mosques in left and right of Taj Mahal. The uniqueness lied in guide’s explanation that from the two mosques, only one just of functional mosque, namely mosque in left side which showing direction for Indian Moslem, while mosque in right side is not mosque with a purpose to functional like the left side mosque but as existence ballast of left mosque.

According to him again, philosophic of balance is the thing that embraced Indian people. If there is one uppermost side, hence there will be the other side following to balance. I trust that thing by making two adjacent contrasts in as model. When modernity induces life, simply usual traditional culture is still alive. When colonial architecture decorated , and contemporary design of globalization product now beautifying , omission of original dynasty still awake. When economic activity now pursued to reach better life level, togetherness value of family still seen in the intimate parents and their children’s activity.

In my opinion, Indian people are the model of a big nation. They always respect their history and learn from it. Progress of India at this era also I feel arising from their responsibility to their ancestors’ capable to print history of Indian gold during past, " If during the past our ancestor can make India as a considered nation, why we cannot continue the gold era now?"

With its two contrast sides that lie contiguously, it is not reasonable if always come in negative frame. Actually, I cannot hide that it is difficult to realize the incredible of at the first sight. However, spending ten days in was truly opening my eyes that the Indian’s portrait is not only about the unsolved problems. Behind the bad description about , so many things we have to learn from . Their hard-worker habit and their big pride of their country, for example. Those two rare things are the most necessary capital that can accompany to their bright future, challenging ’s economic, placing itself as the top rank in strongest economic, and technology fields.

ASEAN-India: 100 ASEAN Students Visit to last December 2007, I consider as the right way for opening international people’s eyes about . Exploring on its historical sites and contemporary architecture, at least made me realize that although is not perfect, there is so much reason that can put as the teacher in economic, politic, and social fields.

The next step for ASEAN and is with their cooperation frame and mutual understanding from the young delegations, they should learn the strong sides each other to develop their country and establish the great Southern Asia so that the Southern can equate with the . What they need is just the two way process in accessing and supporting for digging all their potential so that they can survive in globalization era.With ASEAN-India: 100 ASEAN Students Visit to , no one loses.

With it, can promote itself to ASEAN as the first step to international community and ASEAN can learn so many things from . They will not feel the effect instantly, but I am sure that the visit is the beginning of the bright future of ASEAN-India relationship.